I have now reached Sri Lanka, after an 8 hour stop-over in Bangkok. In Bangkok, I wanted to meet up with a fellow traveller from the photo trip, we’d arrange to meet at exit 7 of the airport. After having waited there for 30 minutes, I finally contacted her; turned out, she’d also been waiting for a while at exit no. 7. It was a mystery why we couldn’t see each other. She promised to find me; 5 minutes later, she called to tell me that I was at the wrong airport. Wrong airport – Bangkok has more than one airport ?(says she who lived for many years in a city with 5 airports). Truly embarrassing! But good to know, as my onwards flight also was from the other airport. After a one hour transit, we were able to meet up, and I do know now for the return journey!

There are about 170,000 monks in Myanmar; traditionally, they are held in very high esteem, and their standing exceeds even that of the political powers. Even novices receive highest respect. As mentioned before, every boy will spend a while as a monk. Also thereafter, men can spend some time in a monastery, it does not have to be a permanent vocation. Monasteries often offer a better education than public schools, therefore especially poorer parents will send their children to a monastery or nunnery.

All Buddhists are following these 5 precepts: Do not kill, do not steal, do not commit sexual misconduct, do not lie, do not take drugs. Monks follow 5 additional precepts: Do not eat after 12pm, stay away from entertainments, do not wear jewelry or perfums, do not sleep on high luxurious beds, do not accept silver or gold.

Monks are part of daily life. Sometimes all night, and always in the (very early) morning, speakers everywhere will deliver their prayers and music. In the morning, monks and nuns will collect rice from the people – you can see a long line of them walking along the roads, where men and women of the villages stand and wait to provide their daily rice donation.

Nuns are on a lower level than monks – they are for example not allowed onto the higher levels of a pagoda, may not enter certain parts of the monasteries, and generally have a lower standing. 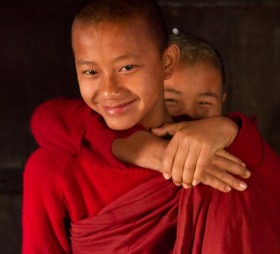 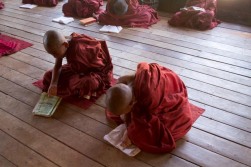 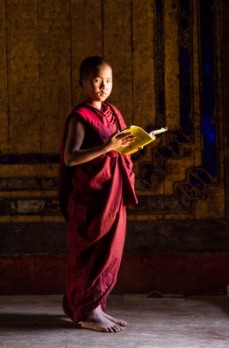 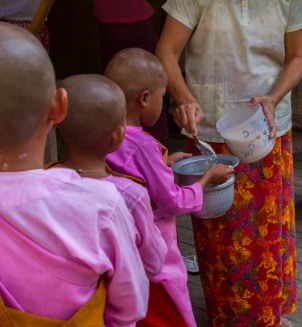 4 responses to “Bangkok has more than 1 airport? / Monks in Myanmar”